On November 17, 2009, I was appointed Vice President of Worldwide Support for Development (WSD). Two months later, on January 17, I flew to Cambodia, which was one of the principal locations of activities of WSD and Dr. Haruhisa Handa. While renewing an old friendship with Prince Norodom Sirivudh - in fact, it was Prince Norodom who introduced me to Dr. Handa.- and other friends of mine in Cambodia, I attended the 6th annual conference of “Asian Economic Forum”. Besides, I visited and made firsthand observations of a hospital which offers free medical care to the poor, University of Cambodia which enrolls 3000 students, and an orphanage which even provides English education and IT training. In doing so, I could meet and exchange views with Cambodian and non-Cambodian staff of these institutions. I must tell how deeply I was moved when I witnessed, at the scene of these activities, hundreds and thousands of people being saved, helped, given hope and enabled to stand up for themselves. WSD is engaged in numerous such activities as international cooperation and social welfare, which are introduced in this brochure. I am proud of taking part of such activities as a member of WSD. During my 18 year-long career as a diplomat, I visited many countries and had chances to see many Japanese offering support to those countries in such fields as welfare, medical services, education and international exchanges. But never had I encountered an organization, let alone an individual, that offers support so devotedly and on such a full-fledged scale as WSD. It is my sincere wish that we will continue to strengthen our efforts to contribute to peace and prosperity of the world and the humanity, because it is the duty and responsibility of the Japanese living in the 21st century world as global citizens. 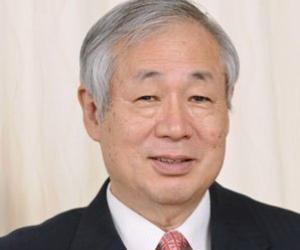