The Universal Declaration was adopted by the United Nations General Assembly in 1948. Yet, more than 60 years later, there are still hundreds of millions of people in the world who do not enjoy these economic and social rights. Governments have a moral duty to make renewed efforts to secure the achievement of these rights for everyone. By signing up to the Millennium Development Goals in 2000, governments of the wealthier nations showed that they were determined to do so. But it is not only governments that have a duty to act. It is also the moral duty and responsibility of individuals and social groups who can afford it to provide help to those who are less fortunate. WSD was established so as to play a part in this historic effort to raise the well-being of the world’s poor, recognizing also that combating extreme poverty is essential if there is to be greater security and stability for all people everywhere. I have spent much of my career involved with development and with combating poverty – as an economist at the World Bank and, later, as Britain’s representative on the World Bank board; as the civil service head of Britain’s overseas aid ministry; as a consultant to the United Nations Development Programme; and as a board member of several non-profit foundations. I have witnessed remarkable progress in many countries, thanks partly to the assistance provided by these various organizations; but I have also witnessed the acute needs of the many that have still to achieve a decent standard of living and human dignity. There is so much more to be done, and I am confident that in the years to come WSD can play a significant role in helping to secure better lives for the less fortunate - by carefully selected interventions, especially in the health and education sectors, but also by helping to secure a deeper understanding of the issues at a national, regional and global level. 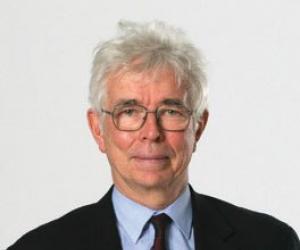