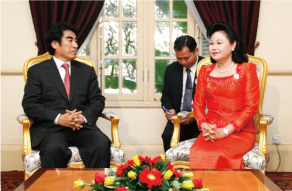 Picture: Signing Ceremony with the Ministry of Health of the Lao People's Democratic Republic on Cooperation in the Field of Human Resources Development and Health Care

A photo with the Prime Minister at that time, Mr. Bouasone Bouphavanh

Construction of the Handa Nursing School in Laos 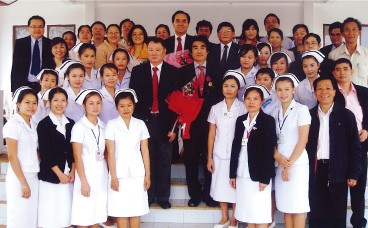 Construction of the Handa Nursing School in Laos

Groundbreaking Cremony with Minister of Health and Welfare 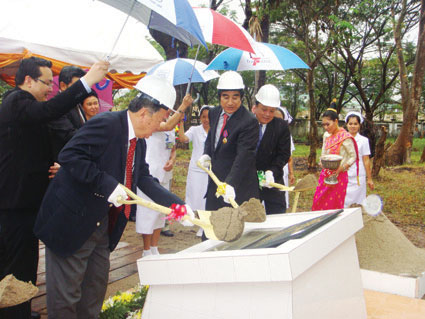 Construction of the Handa Mother and Newborn Hospital 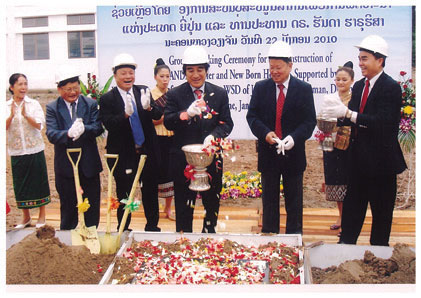 Supporting Recovery Eﬀorts and Victims of the Flood in Laos 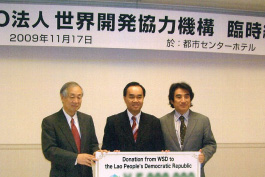 In 2011, support was given to impoverished areas of Indonesia.

Supporting the implementation of the ‘‘Light-Up Oecusse’’ 2011

We supported the distribution of solar lanterns in parts of East Timor in 2011.

Donation to the victims of Typhoon ‘Yolanda’ 2013

We provided reconstruction assistance to the Philippines in the wake of massive damage caused by Typhoon Haiyan (Yolanda) in November 2013.

Picture: Certificate of Appreciation from the Ambassador of the Philippines to Japan